Essay on Rabindranath Tagore in English for Children and School Students 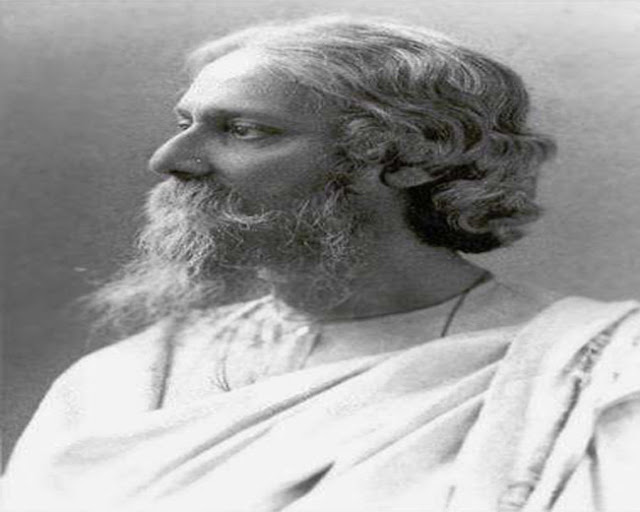 Essay on Rabindranath Tagore (100 Words)
The name of my favourite author is Gurudev Rabindranath Tagore. Rabindaṇath Tagore was born in Kolkata on 7th May 1861. He was from a very rich and cultured family. He was a poet since boyhood. He composed a lot of songs and also wrote many novels, dramas, short stories, essays, etc. He got the Nobel Prize in literature for his anthology ‘Gitanjali’ in 1913. Rabindranath was an educationist, and he was the founder of Vishwa Bharti. Tagore was a great patriot and refused the knighthood protesting against the massacre at jallianwala Bagh. This great man heaved his last sigh on 7th August 1941.

Tagore was born in May 1861. He was a Bengali poet. He wrote originally in Bengali, and then himself translated his own works into English. He became such a famous poet all over the world that he won the Nobel Prize in 1913 for his “The Gitanjali,” which is a collection of his lyrics written in Bengali and translated into English by Tagore himself. Tagore was a versatile genius. He wrote-poems, dramas, essays, novels, and short stories. He was also a good painter, musician, and host of other things. He had a universal outlook. But at the same time, he was a great patriot. He was a statesman also. Mahatma Gandhi often got his blessing before starting his freedom movements. Tagore fought tooth and nail against the partition of Bengal. He gave up the title of knighthood after the Jallianwala Bagh massacre. He was a great lover of mankind, the poor people in particular. He was very sympathetic to the poor peasants when he was asked by his father, Maharishi Debendra Nath Tagore, to manage his estate. He was also a great lover of mother nature. He has depicted nature amply in his poetry. He also loved the children greatly. In the Gitanjali, we have wonderful lyrics:“On the seashore of endless “Worlds the children meet .......” The National Anthem of India  was Jana-Gana-Mana-adhinayaka-Jaya-he was composed by him. He was also the composer of the song “Sonar Bangla.” which was adopted Bangladesh as her national anthem. He is one of the greatest poets of the world. He is sometimes called The Shelley of Bengal. He expresses a firm faith in God in his poetry. In his stories, dramas, and novels, there is a delicate human touch. He is one of the immortal sons of mother India and will always be remembered as such in history. He died in 1941.

Related Essays for School and Children: