Essay on Bhagat Singh in English for School Students 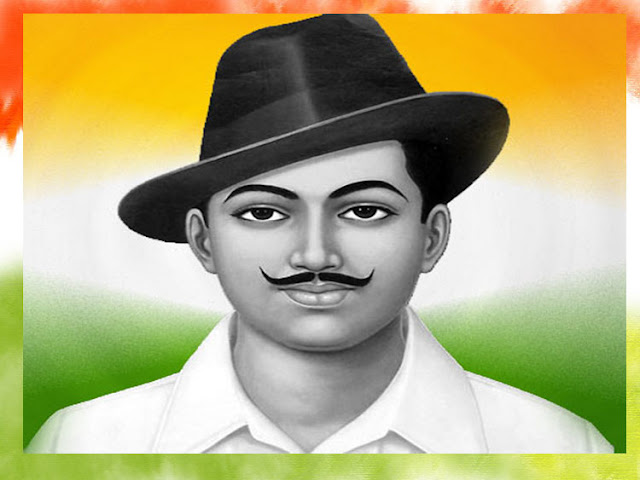 Sardar Bhagat Singh is one of the greatest sons of Mother India. He is acknowledged by most of the Indians as the greatest martyr of India. In fact, he has become a symbol and a legend for bravery, sacrifice, and service to the country and mankind. It is in this regard that a number of films have been made to commemorate him and, now, a portrait of his adorns the walls of the Parliament House. He was born on 11th November 1907 at the village Banga. In the Lyallpur district, which is now in Pakistan. Lyallpur is now known as Faisalabad.

The name of his father was Kishan Singh. He was a great patriot, and so was his brother, Ajit Singh (Bhagat Singh's Uncle). Bhagat Singh was a brilliant student at school, but he was a great revolutionary at heart. He was greatly influenced by the famous revolutionary, Kartar Singh Sarabha, whose statue now stands at the crossing of the famous bazar, Chaura Bazar, in Ludhiana.

It is said that as a child, when he saw the sight of the Jallianwalla Bagh, he was so moved that he took a handful of the soil from the place with him. It is well-known that as a child, he tried to sow guns. His aim as a child was to force the cruel Britishers out of the soil of India. He felt awfully perturbed when in 1928, Lala Lajpat Rai was brutally killed by the British Police Officer, Scott. He took revenge by killing his deputy, Saunders. It was on 23rd March 1931 that he, along with Rajguru and Sukhdev, was hanged on the banks of the Ravi near Ferozepur.

He was against blind violence. At the time of throwing a bomb in the Assembly which did not kill anybody as it was not meant to do that, he distributed pamphlets declaring that he only wanted to awaken the deaf British Government to listen to the voice of the Indians who were demanding freedom. Not only did he love freedom for the country, but also he was secular and socialist to the core.