Essay on Indira Gandhi in English for Children and School Students 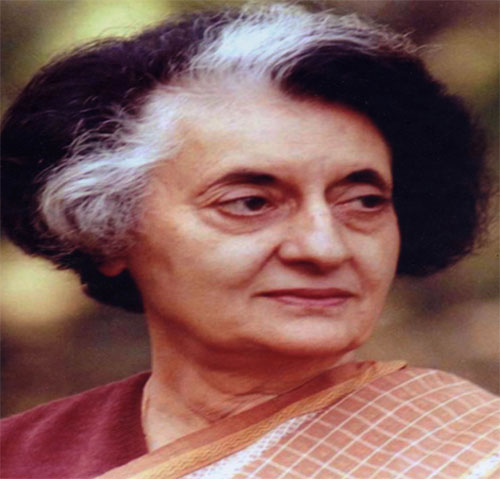 Shrimati Indira Gandhi was the third Prime Minister of India. She was also one of the greatest women of India.Her childhood name was Priyadarshini. She was the illustrious daughter of the illustrious Pt. Jawahar Lal Nehru.

She was born in Allahabad on November 19, 1917. She got her early education at home. Later, she joined the Shantiniketan started by Rabindra Nath Tagore.As Jawahar Lal Nehru was often jailed, it was Indira Gandhi who accompanied her mother, Kamala Nehru, to Germany and later to Switzerland for treatment, but the poor lady's life could not be saved.

As she grew up,she married a Parsi,Feroze Gandhi, much against the wishes of members of her community,but her father was with her in this decision of hers.As a child,Priyadarshini took a keen interest in India's struggle for freedom. She started the “Vanar Sena” to carry secret messages from one Indian leader to the other. She was greatly influenced by Mahatma Gandhi. When Jawahar Lal became the Prime Minister of India, Indira Gandhi took care of the guests and of Nehru himself.

After Lal Bahadur Shastri's death, she became the Prime Minister of India. India, under her guidance, inflicted a crushing defeat on Pakistan in 1971 and even liberated the east wing of Pakistan which came to be known as Bangladesh. She became unpopular because of the internal emergency which she imposed in 1975. She was defeated in the elections. but later she came back to become the Prime Minister again with renewed vigour. She was assassinated on October 31, 1984.

Indira Gandhi was a great world leader. Her great contribution to the making of modern India is really very great. Like her illustrious father, she gave her all for her motherland. She lived and died for her motherland. Her sacrifice for this country will be written in golden letters.

Smt. Indira Gandhi was the only child of her parents. She was born on 19th November, 1917 during the year of Great Russian Revolution. She was the darling of her parents. She studied at home and later at Tagore's Shanti Niketan. There after she went to England for her higher education. Her entire life was a noble saga of great troubles and struggles. She faced them very boldly. She never felt dismayed or despaired in the hour of crisis. She learnt the ABC. of politics right from her childhood. Her father was her teacher in the school of Indian politics. She jumped into the struggle movement of the country at a very early age. In this great task she was a constant shadow of her great father.

After the Independence, she worked for her father day in and day out. In 1964, she joined Shastri Ji’s cabinet. In 1966, she held the reins of the country as the Prime Minister. She did great work. She led the country from strength to strength. She gave a befitting reply to the invading Pakistan forces. Bengal Desh is her creation.

She faced many challenges of the time wonderfully. Each time she came out with flying colours. To the problem of Punjab and Assam she answer heroically. She was a fearless leader. Even death could not daunt her. Her great contribution in the field of science and technology is really superb. Indira Ji was a super woman. She enhanced the prestige of the country abroad. Her end was sudden bloody and painful . She is immortal in her great deeds.