Short Essay on Train for Children's and School Students

Railway trains brought about a revolution in the transport system of our country. We have written a useful essay on Train select anyone according to your need. 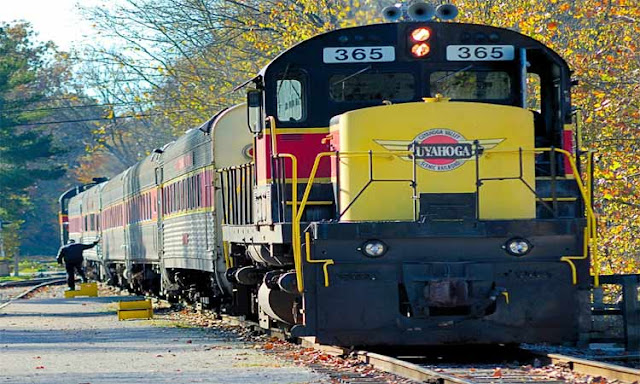 10 Lines Essay on Railway Train
1. The train is a great public carrier.
2. It carries various goods too.
3. It has an iron body and iron wheels.
4. It runs on the steel highway or train line.
4. Some run by coal, some by electricity.
6. One train has 30 to 70 compartments.
7. The passenger trains are small.
8. A train journey is comfortable.
9. They run at high speed and go to long distance.
10. They bring the process to the nation.


Essay on Railway Train 100 words
Nowadays Railway trains are seen in every town and city. A train has an engine and some bogies or compartment. George Stephenson first invented a rail engine. Later on, it was improved by James Watt. The trains are divided into two types. The passenger train which carries passengers. And the goods train which takes goods in big wagons. The passenger train can further be put into three types, that is a passenger train, express train, and superfast train. The different trains have a different speed which they move. One train has sixty to seventy compartments.  A train track is called as steel rails. Everyone enjoys travelling by train. Nowadays no country can go without railway trains.

Essay on Railway Train 200 to 250 words
Railway train is now seen in every country. It consists of an engine and a number of carriages. It goes on iron track on which the engine pulls forward or backwards the carriages joined to it. The steam engine was first invented by George Stephenson, and later on, it was perfected by James Watt. In the past, the train engine has a boiler which makes steam. Nowadays the power of locomotion is provided mainly electricity or diesel. Electric trains run much faster than train with a steam engine. These trains can be divided into two types. The passenger train which carries passengers is known as a passenger train, and the train which carries goods in wagons is known as goods train. A train can have even eighty to ninety compartments.  There are various classes, such as air-conditioned first class AC, Second Class AC, Third Class AC, Sleeper, Chair car, and unreserve/ General. Train tracks are also called as steel highway, comprising a pair of steel rails, running parallel to each other, placed on concrete slabs. The train has shortened long distances. People no longer remain stuck in a small region looking for economic, educational opportunities or medical facilities. They can easily and cheaply move from one corner of the country for employment, medical facilities, and education. The train has advantages as well as disadvantages. Sometimes trains collide the derail and cause havoc. Resulting hundreds of human life are killed, and thousands are injured. But such accidents are part of life and should not be made too much of.

To conclude, It has definitely brought about a revolution in the transport system, and It is also our duty to look after the service as responsible citizens.