Essay on Corruption in Public Life for School and College Students 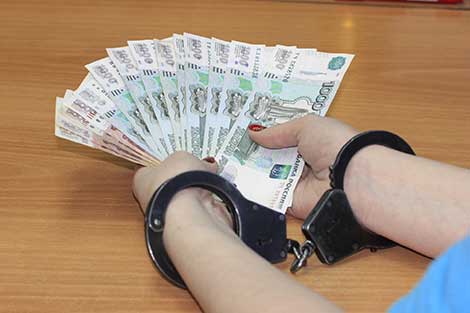 Corruption in public life is not a new feature. It was there even in ancient India. Kautilya has given a hint on it in Arthasastra. During the Muslim and the British period, the public servants were not free from corruption. The life of Lord Clive and Warren Hastings shows how they were corrupt to the core. The then government officials were well known for their corrupt practices. But corruption, however, was within limits. So the British Raj in India had smooth sailing.
Soon after independence, India adopted a democratic setup. But in a developing country like ours, three are chances for corruption. The existing rules of conduct for the public servants in India are twisted and interpreted as per need. There are manipulations at every stage. It is said that one cannot get one's files moved in the offices without greasing the palms of the concerned officials.
What are the reasons for corruption? Well, the British Government left behind them the legacy of corrupt Indian officials to continue this evil in this free country. Besides this, our leaders, to make their position safe in the political field, try to win the favour of their supporters who might be petty politicians, selfish industrialists or anti-social persons. They force the government officials to do some illegal and out of way things and help those evil persons. Now the civil servants cannot but yield to such pressures for their safety and thus resort to corrupt practices. If at all they remain strict, they will be harassed.

It is a matter .of regret that none of us has a national character. We always place our interest above the interest of the nation. It is not expected of our politicians to allow concessions to big business concerns, even at the cost of ours and thus make money out of it. Some ministers and political leaders are being criticised for taking bribes from our leaders are being criticised for taking bribes from our financial deal with foreign companies, Some leaders raise party funds at the cost of the nation's interest.
Ever since independence, we say, we have made a lot of economic progress. But in reality, there has been inflation in the country and prices are rising day by day. All this forces the public servants to go in for corrupt practices. They see that the leaders controlling the government machinery are corrupt themselves. So, why shouldn't they go in for such practices? The salary they get ís not enough to make their both ends meet. So they are tempted to take bribes and thus do illegal things legal.
Corruption has become deep-rooted in almost every department in India. The people who have taken a commission of crores of rupees in the Bofors deal are still in the dark. The corruption in the share market is the talk of the day. In five-year plans, we allot money for various development work. But the corrupt officials and politicians take their share out of it and thus the development work is hampered. If you want your children to get a job, you have to pay a heavy amount to the minister concerned or the top officers.. There is corruption even in the postal department, the railways and the banks. If you want to have a loan sanctioned, you have to pay something to the concerned officials. If you want your berths reserved, you have to pay something extra. The posting or transfer of government servants has become an easy means for making money. Accepting bribes is the style of the day. There are, of course, honest people in the offices, but their number is limited.
Corruption should be checked from the grass root level. There should be a new awakening in the socio-economic life. People should first think of the interest of the nation, not of their self-interest. The education institutions should play a significant role in instilling moral values in the young students who are our future citizens. The Government and the Opposition should work out plans to check corruption in public life. It is the sincerity of the political leaders, the honesty of the officials and civil servants and cooperation of the public, which may check corruption in the public life.