Home Article Essay on India in the 21st Century - Achievements, Challenges and Progress

Essay on India in the 21st Century - Achievements, Challenges and Progress 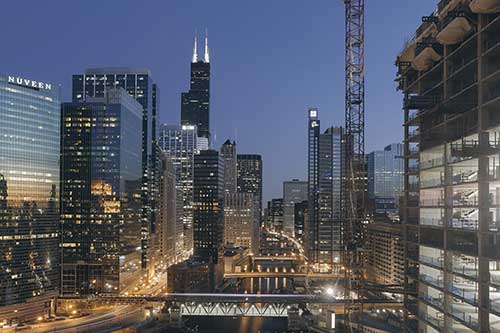 India has weathered many ups and downs during the 20th century. In a few years, she is going to welcome a new century with a new spirit and indomitable zeal. The things she has achieved will be a source of her inspiration in the 21st century, and the failures will teach her to set herself right and guide her on her way to success. She has had a good deal of experiences- pleasant and unpleasant, and they are her guidelines in the century ahead. Let us take stock of her achievements and failures various fields and see how they help her in future.

Progress and Achievements of India in 21st Century:

In the early part of the 20th of century, we fought hard British rule. Gandhiji's leadership showed us a new path of truth and non-violence, and ultimately towards the middle of the century, we saw the dawn of freedom. Then we set to build up this country in a new way. We prepared five-year-plans to repair our economy, and we got foreign aids to work them out. We introduced modern methods of agriculture and set up industries to supply agriculture implements, fertilizer, pesticides to our farmers, and trained them in the modern methods to grow more food grains. We constructed many river-valley-projects to irrigate our land all the year round, produce electricity and check floods. We also generated energy from sea-tides, wind, solar rays, coal and atomic energy. We set up a large number of industries to make use of our natural resources. We have developed our transport and communication. We have used a computer in different fields. We have already sent into space many satellites for weather-study and communication. We have produced some new weapons and missiles to strengthen our defence.


Her Failures, Success and Challenges in 21st Century:

Besides our achievements, we should take stock of our failures too. We have not been able to check our population growth yet. There is an erosion of moral values in every field. Corruption is rampant in the country, and our statesmen and civil servants are deeply immersed in it. Violence, jealousy and selfishness are found everywhere. The country is drifting away from her own path, Poverty, literacy, unemployment in the country have given rise to violence and terrorists, and the anti-social elements cause violence all over and thus spoil our peace.   But failures are pillars of success. They teach us how to lead this country to success in the coming century. We forget the differences of caste, creed, colour and language and join our hands to make this country a leading one in the globe. We are out to reform our economy and will certainly reap its fruits in the 21st. Century. We have had evolution in agriculture, and soon we will be able to have record production of food grains and cash, crops to export thém to other countries.

Our country is on the way to industrialisation, and in the 21st century, she will be a leading one in the field of industries. We will have a job-oriented education, and more and more jobs will be created to make use of our human resources. The new century will find the whole country literate. This will make our people conscious of their rights and duties and health principles. We have already started the afforestation programme, and plantation is being done all over. This will make our country green and save her from pollution. Our scientists are busy researching, various fields such as space science, marine science, computer and so on. We will catch up with the advanced nations soon in science and technology and thus prove our worth in the 21st century. The spread of mass education will help our countrymen reject dirty politicians. The moral values will gain their ground in every field. We will be inspired by the thought of being Indians and work for the nation as a whole. All this will reform our character, check population explosion, corruption, violence and terrorist activities. In the field of defence, India is expected to be self-reliant. But she will never wage wars on other nations. She will try to have amicable relations with her neighbours.


Conclusion:
The 21st Century will see India a leading nation in the world. She will be chosen as one of the permanent members of the U. N. O. She will preach her ancient ideal of the world as a single family, play a major role in spreading her messages of peace, friendship and brotherhood in the globe and thus save the world from possible destruction.
Related Essays and Paragraphs for School and College Students: