Terrorism is a trouble for our country. Terrorist use violent methods to scare government and ordinary people. We have written a useful essay for class 6, 7, 8, 9, 10, 11 and 12 students. You can choose any one according to your need.

Terrorism is a severe problem for the world. Terrorists follow violent methods to terrify the Government and the public. Their main aim is to cause fear in everybody's heart. They are opposed to non-violent and peaceful methods of getting their grievances redressed. The Government, in spite of their sincere efforts to contend them, fail miserably. The terrorists go on with their bloody activities. The public feels that their Government is unable to check the terrorists.

The terrorists are very active in Punjab, Jammu-Kashmir and Assam. The terroristic activities began in Punjab with the moral support of the Government machinery at the Centre to contend the popularity of the Akali Morcha. But the terrorists, in the course of time, posed a danger to our national integration. Now the Government at the Centre ordered for a military operation which killed many of the terrorists including their arch-leader.This incident hurt the religious sentiment of the people of Punjab.And it helped the militants become more active. Punjab has ruled several times. After long and all corners, the terroristic activities have become less Punjab and peace prevails almost everywhere in been under the State.

It is necessary that all political attempts should be made to end terrorism at all levels. 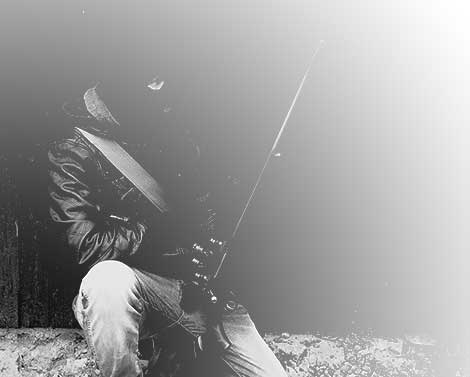 Introduction:
Terrorism is the way of creating terror in the country to achieve the desired goal. It is spreading like a wildfire in almost all the nations of the world. And India is not an exception to it. Terrorists are very active in our country,  especially in Kashmir, Punjab and Assam.Our daily papers are full of their destructive activities.

Opposed to non-violent methods to redress grievances:
Once the Indians all fought together with the British rule with a hope to find peace and prosperity in future. But soon after our independence, the people of some regions felt that their hopes were dashed to the ground some of our central leaders, instead of paying loving attention to their grievance, tried to play a dirty political game with them. So the local leaders of those regions wanted their youth-power to resort to terroristic activities.Some of our neighbouring countries took advantage of this situation and made capital out of it. They extended every help to these terrorists to disrupt law and order in India.

Besides, our weak education system, acute unemployment problem, unsolved regional grievances and corruption in the administration have incited our youth and created anger in their hearts against the Government manned by selfish leaders. The government, on the other hand, have followed a delay policy in solving these problems. This has enabled the terrorists to gain public support and consolidate their stand.

Problems in Jammu Kashmir:
The people of Jammu Kashmir have their problems ever since they joined India. Some organisations took advantage of their feelings and started terroristic activities. The JKLF is one such organisation which gets every help from Pakistan to create violence in the valley. After a lot of turmoil for years together in the state, a Government has been formed by a regional
party headed by Farooq Abdullah. The Chief Minister gave a call to the terrorists to surrender their trips and join the mainstream. Some of the militants responded to the call but some others, instigated by Pakistan, are still causing violence in the valley.

The ULFA and Bodo terrorists are involved in violence in Assam and harass the innocent folk. The military operation to check them achieved little success. The Naxalites are quite active in Andhra Pradesh and the border districts of Orissa. They also create violence, and the Government machinery fail to contend them.

Strick Law, Public Co-Operation and The reform measure by the Government:
The terrorism has taken a massive toll of millions of innocent lives. Some important leaders and officials of our country like Indira Gandhi, Rajiv Gandhi, Bryant Singh. General Vaidya fell victims to the terrorists. Now the Government should take active steps against the terrorists. Strict laws should be made to suppress them. The national and regional leaders should show their sincerity in solving this problem for the sake of the country.Special forces should be deployed in such areas to check terrorism. The public and the press should extend all cooperation of the Government in this mission. The Government should take reform measures to redress the long-standing grievances of the people. They should see that the regional problems are settled amicably.

Conclusion:
The men in the Government should rise above dirty politics and pay sincere and sympathetic attention to all issues. They should always keep in their mind that country is first and everything next.