The excess increase in population is called population explosion.It poses an enormous problem for the Indian economy. The present people of our country is about 1.324 billion, and it is the second in the world, the first being China, Every year number added to our society almost equals the total population of Australia. A baby is born here in every two seconds. And if this rate of increase in our community goes unchecked, one day it will surpass China, It is not possible for any government to provide food, clothing, shelter, education and employment to ever-increasing society.There has been a lot of economic progressions ever since our independence. But what is the use of it? It all becomes a waste our population explosion.  This is a great problem for us, and we have to pay our serious attention to it.

Reasons for Population Growth:
There are several reasons behind our population explosion. Eighty percent of our society live in rural areas, and they are mostly illiterate and backward. Superstitions lead them. Most of them marry at an early age.

1. They think that a baby born is a God's gift, and to stop it by artificial means is a sin against him.

2.  They also believe that they should have children, especially male ones to continue their family-tree.

3. The hope of getting a male child, they tolerate the birth of female children and thus make unnecessary additions to the country's population.
4. The mass poverty, our rural folk do not have any other source of entertainment except indulging in sex. Besides this, poverty leads them to produce more and more children who, they hope, would supplement to the family income. In India, low-income family do not spend much for bringing up their children. And from the early stage, their children earn something to add to their income. So, these country folk hardly think of family planning because more children mean more profit to them.

5. Illiteracy of the rural people and ignorance prevailing in them are responsible for their increase in population. Some people are so blindly guided their religious beliefs that they do not opt for family planning.

6. Another reason for the rise in people is the fall in the death rate. This has happened because of better health conditions, effective control of epidemics and improvement of the economic situation 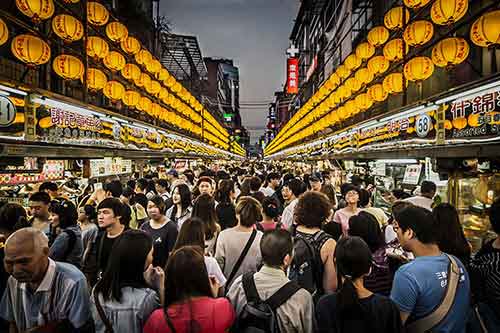 The Evil Effects of Population explosion:
The evil effects of population explosion are numerous. How can a weak government feed this vast society adding one Australia to it every year?  How can they provide food, clothing, shelter, education, health facilities, employment facilities to this ever-increasing people? If this population growth is not checked, our children will live half-fed and half-clothed.

Solution:
Our national government adopted the family planning scheme in 1952, and the first two five-year-plans emphases were given to this programme.But 1961 census decrease in our birth-rate. Then the family planning scheme was reinforced with a new spirit. People were educated correctly regarding this plan. The benefit of small families was brought home to everybody. An extensive publicity was given to the family planning programme. And the government servant with only two children is given Green Cards to enjoy benefits in jobs and other fields. The marriage age has been increased to 18 for girls and 21 for boys. Many State Governments have started a drive against illiteracy which is an obstacle to family planning.


What we should do to make this programme a success:
A nationwide campaign against population explosion should be started seriously. The Indian mass should be educated well regarding the benefits of family planning. There should be sincere efforts for mass education. An extensive publicity over the radio, newspapers, television and other media should be made to motivate the couples to go in for one or two children. The government should persuade the mass to adopt family planning. They should also take some economic measures to better the living condition of the people. People, on the other hand, should show interest in small families and opt for family planning methods. Then only we will be able to put a check on our population explosion.


The family planning programme is a must for a country like India because most of the nations of the world have a ready put a check to their increase is population. But people cannot be forced to adopt this as it was dome during him emergency period. This may at best be persuaded through different media. This is possible only when literacy spreads, the status of women improves, and social and economic reforms are carried on successfully in our country