Republic Day  (26th  January) is a  day of the national festival. India's Constitution was presented on this day. We hoist our national flag & sing the national anthem. We have provided useful essays on Republic Day of India.   You can choose any according to your requirement.

26th January is observed as the Republic Day. India got her Independence on 15th August 1947.  But our constitution was not ready by that time.  So we ran our government as per the British Act. The makers of our constitution got it ready by 26th November 1949. But before 15th August 1947, we had been observing 26th January as our Independence Day. So, we waited until 26th January 1950. On this day our country accepted the constitution. It became a sovereign democratic republic. Since then we have been running our Government as per our own constitution. We have been observing 26th January as the Republic Day. In this daytime, we hoist our national flag and sing the national anthem. 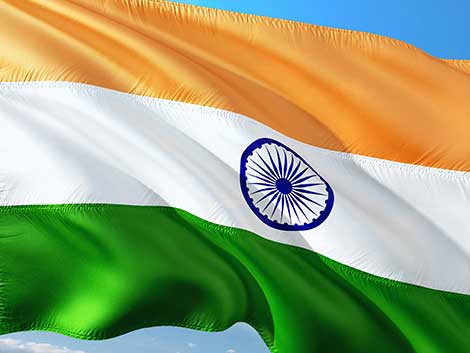 26th January is the Republic Day of India. On this day India became a free Republic and the biggest democracy in the world. On this day the people of India took a vow to have a government of the people by the people and for the people. We recall Mahatma Gandhi, Subhash Chandra Bose, Bhagat Singh and Baba Saheb Ambedkar. This daytime is a national holiday. From the early hours of the morning, a large number of men, women and children gather round India Gate in New Delhi where the President of India unfurls the national flag and takes the salute of the army, navy and air forces of India. After this, a procession consisting of tanks, armoured cars, groups of army, navy and airforce men, N.CC., fire brigade, police, CRPF, CISF, boy scouts and girl guides, groups of school boys and girls singing national songs start from this place. Helicopters throw rose petals on the procession. Groups of aeroplanes show various feats in the air. The procession is followed by shows or jhankis from different states. These are beautifully decorated and people look at them with wonder. They begin to understand that we Indians are all one, though we have many races, religions and languages.

On 26th January 1950, India accomplished its complete freedom. The constitution of India was introduced on this day. On this day India was declared as a sovereign democratic republic. So this daytime is celebrated as Republic day of our Country. This daytime is celebrated with much pomp and grandeur in New Delhi, the capital city of India. Thousands of people assemble at the historic Red Fort to witness this ceremony. The President of India, along with his bodyguards, reaches here in time. He is welcomed with cannon shots. He unfurls the national flag on the historic fort, followed by national anthem. Then starts the ceremonial parade. The jawans are representing three wings of the defence, Border Security Force, Police Force. National Cadet Corps, the students of schools and colleges of the city take part in the parade. The President of India, the highest man in the State administration takes the salute. It is followed by the show of stalls and folk dances representing different provinces of the Country. The warplanes display their skill in the sky and thus amuse the spectators. The dignitaries of different nations of the world, guests of honour on this occasion and the audience all enjoy the Republic Day celebration. The Republic Day is observed in the capital cities of various provinces of the country. The Governors of the respective provinces take salute on this occasion. This daytime is celebrated in every school, college, institutes of the country in a befitting manner. The students and teachers assemble at their respective institutions to celebrate this daytime. The head of the school and college hoists the national hag and all students sing the national anthem in the chorus. Then various competitions are held among students and prizes are awarded to the winners. The Republic Day is observed everywhere in the country. It is also observed by the Indians abroad and all are in happy cheers.