Essay on Independence Day (India) for Children's and School Students

Fifteenth August is celebrated as the Independence day of India. On 15th August 1947, India became free from the British rule. We have provided several Essays on Independence day for all classes. Select any one according to your requirement. 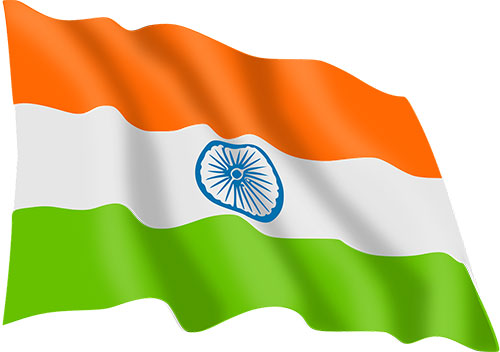 
1. The 15 August is the most important day in the history of India.
2. We got our independence on 15 August 1947.
3. So, we observe this day as the Independence Day.
4. We feel happy on this day.
5. It is a holiday for all schools, colleges and offices.
6. On that day we go to school early in the morning.
7. There we hoist the national flag.
8. There we sing our national song.
9. We pay our honour to the national flag.
10. At last sweets are distributed, and then we go back to our home.

India was under the British rule for a long time. We fought for our freedom and got it on 15 August 1947. So 15 August is our Independence Day. We have been observing this as our national day. This day reminds us of the sacrifice of our freedom fighters. We got freedom because of our united strength. We celebrate this day all over the country. Parades are conducted in New Delhi and the state capitals. The Prime Minister of our country hoists our national flag on the Red Fort on this occasion. It is a day of merriment for every Indian.

On 15th August 1947, India became free. Since the day is celebrated as Independence Day. On this day street of every city are decorated with national flags. A large number of Children, men, women, gather near the Red Fort. Exactly at seven thirty in the morning, our tricolour national flag is unfurled from the walls of the Red Fort. This is saluted by the firing of thirty-one guns. After this, our Prime Minister gives a message to the nation. The programme ends with cries of Jai Hind and the singing of Jana Gana Mana, our national song. The fifteenth of August makes us remember how lakhs of people gave their lives in the long fight for the independence of India. We could always be ready to give our everything to make our country rich and prosperous.. We should never think of anything which may bring danger to our independence.

The “Independence Day” is celebrated all over the country on 15 August every year. Every Indian is filled with a sense of joy and pride when this day breaks. It is observed by the Indians living in foreign countries. The students and teachers in the educational institutions celebrate this day with great enthusiasm.They go round their own village-town singing morning hymns and national songs. Then they assemble in their school and university where national flag of India is hoisted, and the national anthem is sung in a chorus. Various competitions are held among students on this occasion.

On behalf of the Government, this auspicious day is observed in every town and city. The ceremonial parade is held there. The state Ministers or MLAs attend such ceremony, hoist the national flag and address the gathering. This day is celebrated in each state capital, and the chief minister of the state unfurls the national flag and takes the salute there. Our Prime Minister hoists the national flag of India on the Red Fort in Delhi, the capital city of India and addresses the audience. The ceremonial parade held in Delhi attracts everybody's attention. The latest war planes and war weapons of the country are exhibited at the ceremony.

Our Independence Day reminds us of our glorious past, our achievements and failures and the sacrifices of the innumerable martyrs to the cause of freedom. It inspires us to stand united and work together forgetting the differences of caste, creed, colour, sex, language and so on.

Freedom is as essential to an individual as it is to a State. Eternal vigilance of the citizens can keep the freedom of the intact. Once Indian civilisation and culture are showed light to the world. But, in the course of time, when this country's unity at stake, she lost her freedom. She was tortured and exploited under the Muslims, the Mughals and the English for centuries.At last her bad days came to an end. Gandhi's leadership aroused a new spirit in the Indians and brought them together to fight foreign rule. Ultimately India got her long-cherished freedom on 15 August 1947.

As this auspicious day dawns, it arouses in us hopes expectations. The morning breeze whispers to us the messages of freedom and sends a pleasant the over our body. This freedom is the outcome of the sacrifice of many Indians, We enjoy it, and at the same time, we recall the glorious deeds of the martyrs who sacrificed themselves at the altar of freedom. They were real Indians and true patriots. They were above all narrow feelings and differences. So, they could stand together and put up and hard struggle to bring back our lost freedom which is our birthright. They are no more with us now. But they have left us the responsibility of preserving the freedom of our country, her unity and the honour of her flag. On this historic day, we all stand under of national flag and take an oath to perform the task we have been entrusted to.

Our first historical struggle for freedom began in 1857 though there were some minor struggles previously against British Empire. This was an eye-opener to the British Government, and the story of its achievements and failures was an inspiration to the Indians for further struggle.

In 1885 some Indians like Umesh Chandra Bonnerjee, Dadabhai Naoroji, Gopal Krishna Gokhale, Surendranath Banerjee formed the Indian National Congress to place the grievances of Indians in a  systematically before the British government. In 1905, the Congress led by the young leaders created the public consciousness in India against the division of Bengal. This gave rise to Vande Mataram Movement and Swadeshi Movement in India. The Jalianawallahbag massacre in 1919 created a storm in the country. This followed Gandhi's Non-cooperation Movement which received a warm response from people all over India in 1920. This paralysed the British administration in India. The civil of the Disobedience Movement launched by Gandhiji in 1930 attracted the Indian mass. Nehru, Subhas, Patel, Maulana Azad, Sarojini Naidu and so many other leaders joined Gandhiji. A large number of Indians sacrificed their lives in the freedom struggle.

Subhas Bose felt that our freedom struggle founded on peace and nonviolence will not force the Britishers to leave India so soon. India needed concrete help from some external power to drive out the Britishers by force. So, he escaped from the country in spite of the vigilant eye of the British government. He 1st went to Germany and then to Japan. In Japan, he organised the Indian National Army and invaded India from the east. He defeated the British at my on Indian soil and marched up to Kohima. He planted there the Indian flag, calling the region free India, But unfortunately, his mysterious death was a significant blow to the I.N. A. that bad to surrender to the British.

The National Congress launched the Quit India Movement in 1942. This shook the British Empire. The government arrested Gandhiji and other leaders for checking the movement but in vain. The movement spread like wildfire all over the country. The Government felt helpless.The Second World War ended in 1945. There was a change in the Government in England. The new Government headed by Lord Attlee prepared grounds to provide freedom to the Indians. As per the decision of the British Parliament, India got her freedom on 15 August 1947. After centuries of slavery, we all breathed the pleasant breeze of freedom. For our independence, we will remember not only the work of Gandhi, Patel, Nehru, etc. but also the unique sacrifice of Subhash, Bhagat Singh, Tatya Tope, Laxmi Bai and many Indians.

We should guard our freedom at any cost. Though we have got our political freedom, economic freedom is yet to be achieved. We should join our hands for our economic development and strive hard to make this great country productive and prosperous.

Essay on The National Flag of India