Home Article Essay on Aeroplane for Childrens and School Students - 10 Lines, 100 to 200 words

Essay on Aeroplane for Childrens and School Students - 10 Lines, 100 to 200 words

The aeroplane was an amazing invention. There are lots of benefit to mankind. We have provided a helpful essay on Aeroplane for the class nursery, ukg, lkg 1, 2, 3, 4, and 5. You can select any one essay according to you need. 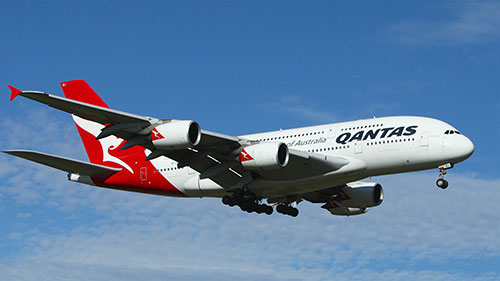 1. An aeroplane is a flying object
2. It is like a bus or a vehicle that flies in the sky.
3. It has wings and a tail.
4. It can take about 100 to 400 passengers and goods from one place to another
5. It can move hundreds of kilometre overseas, hills, jungles at a time.
6. It saves time and makes the world smaller.
7. Only rich people travel in it.
8. It runs by pilot and assistant pilot.
9. The air hostess treats the passengers cordially
10. Flying in the air is a pleasure.

The Aeroplane is a wonderful invention. It was invented by “Wright Brothers”. It flies in the sky. All cannot fly in a plane. Only rich people can fly in it. They often travel in it. There is a room in the front part of the plane. The pilot sits in that room. He is the driver of the plane. He directs it. Behind the seat of the pilot, there are seats for the passengers. Aeroplane fly very fast. Some of them are used in wars also. Warplanes are called fighters and bombers. They are used against enemies. They destroy buildings and factories of the enemies. So aeroplane is both useful and harmful.

Aeroplanes have become very common these days. They connect important cities of the world. The Government airways company, the Indian Airlines, more than 200 planes which carry passengers and goods from one place to another place.

The aeroplane was invented by the “Wright Brothers”. It is mainly of two different types, the passengers and the military plane. The first type was used to carry passengers and goods within the country and from one country to another. Emperor Vikramaditya is a Jumbo Jet 707 plane owned by Air India, The government-controlled company, has seats for 382 passengers. The second type of the plane is used to carry soldiers and ammunition to the field of battle in a war and also to bomb enemy positions. An aeroplane operates from an airport. In Delhi, the airport is at Palam. Planes are kept under big sheds and are thoroughly checked before being allowed to fly. It is controlled by a trained chief pilot, helped by his assistant. To prevent the passengers from getting shocks while the aeroplane is going up and coming down, they have to fasten themselves with belts at the convenience of passengers.

The plane has been of great benefit to mankind. It has shortened great distances. Thus air journey from Delhi to Kolkata distance of about 1307 kilometres takes only two hours. It is hoped that airfares will gradually become cheaper and more and more people will be able to travel by air.