Essay on Status of Women for School and College Students

There is considerable respect for women in India. We have provided a useful essay on the status of women in India for school and college students. Choose any paragraph according to your need. 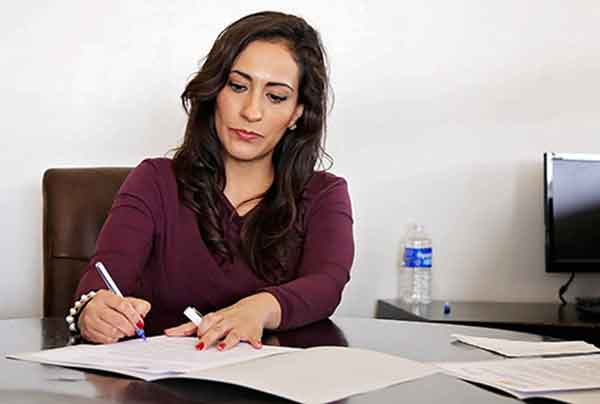 Introduction:
The status of women in the past was very high. The people of the Harappan Culture gave priority to women education and even worshipped a woman deity. In the Aryan Culture, a woman was regarded as Shakti and was given the place of a goddess.She was called the symbol of fertility. No religious rites could be complete without women's active participation with men. The life of Sita, Anasuya, Savitri, Ahalya, Draupadi, Kunti, Gandhari, Subhadra, and so many others reflects the place of women in the then Indian society. Gargi, Maitreyi, Sanghamitra, Lopamudra, and others took an active part in preparing the sacred verses of the Vedas and the Upanishads.

During the Muslim:
During the Muslim rule, the position of women was quite, miserable. The women were kept under the ‘purdah' and confined to the four walls. They were considered to be the things for enjoyment. They were no better than slaves to the menfolk.Superstitions and blind beliefs dominated Indian social life. The 'Sati cult' prevailed in the country. All this continued even during the British rule. It was Raja Rammohan Roy who first campaigned against the 'Sati rite' and cooperated the British Government to declare illegal. The people like Keshab, Chandra Sen, Ranade, Iswar Chandra Vidyasagar, Vivekananda, and others started a crusade against the superstitions found in the Indian society. They brought about a lot of reforms, helping women to regain their place in the nation.


Women in Freedom Struggle:
During our struggle for freedom, or leaders realized that the status of women should be raised first. They wanted that the Indian women should come forward to take part in freedom struggle. In response to Gandhiji's call, Sarojini Naidu, Sucheta Kripalani, Vijayalaxmi Pandit, Aruna Asaf Ali, Mira Ben, Malati Chaudhury, Rama Devi, joined this movement and thus inspired the Indian women folk to give up their veils and fight for the nation.


Their importance in free India and status of women:
Since independence, a lot of attention has been paid to the education of women. Now we find women competing men in every field. We see the rising to the apex in the area of politics. Mrs Indira Gandhi, the late Prime Minister of India, is an example to this. We find women in offices and factories, in hospitals and laboratories, in schools and universities and so on. They are found in police department maintaining law and order. They guard our borders and waterways. They have become scientists, doctors, lawyers, judges, poets, administrators and so on. Our government has taken concrete steps for the improvement of women's status. Women at present are given equal wages with men in every field. The literacy drive has been launched to educate them. In spite of all this, women feel quite miserable in this man-dominated Indian Society. The pages of newspapers tell us how they are being tortured for dowry. This is a stigma on our social character. The Anti-dowry Act passed by the government towards women.


Conclusion:
Women are the mothers of our future generation. They will shape the destiny of the nation. So they should be treated with care and sympathy. We wholeheartedly agree with Napoleon who said: 'Give me good mothers, and I will give you a good nation.' Our government has been taking steps been taking steps for the improvement of their lot. There are also different women organizations for their welfare. Once the country is conscious of her duty towards the women folk, there will be an improvement of their lot. What is needed is dedicated and sympathetic effort in this regard.


Related Essays and Paragraphs and school and college students: