Essay on The National Flag of India - Know about our Flag 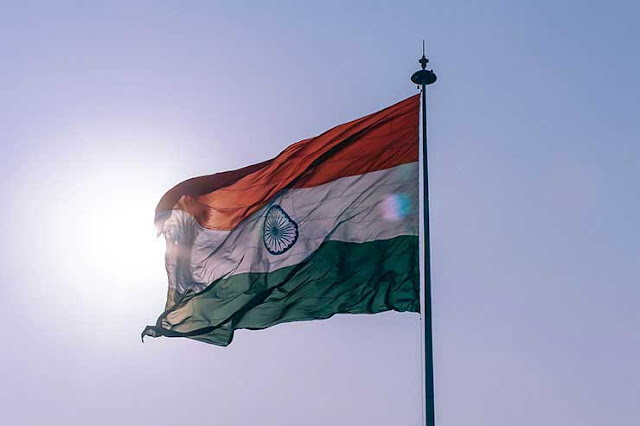 Essay on Flag of India – 3 (200 words)
You must have seen our tri-colour, national flag waving proudly in the breeze over the highest tower of the Red Fort at Delhi. Years of hard struggle and sacrifice made it possible for India to become free on 15th August 1947. And then the tricoloured flag became the National Flag. Every free nation in the world has its own flag. This is flown from Government buildings on national holidays and other important occasions. In India, we have 15th August and 26th January as our national holidays. On 15th August (Independence Day), the flag is unfurled by our Prime Minister from the Red Fort, while on 26th January (Republic Day), the President of India salutes the flag from a platform near India Gate at New Delhi.
Our national flag has three colours, orange, white and green. In the middle, we have the Ashok Chakra, which stands as a symbol of the ancient civilisation of India.The three colours of our flag stand for peace, strength, courage, and prosperity. The orange colour stands for strength and courage, the white for peace and justice and the green one for welfare. The cloth of the flag is pure hand-woven khadi. We should always love and respect our national flag. We should always stand up when the flag is unfurled, and the national song is sung.