Nowadays Railway trains are seen in every country. It has an engine and many compartments. It carries passengers and goods too. We have provided Essay for class 1, 2, 3, 4, 5, 6, 7 and 8. You can select any one essay according to your requirement. 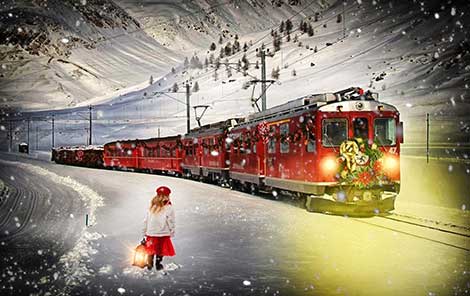 10 Lines Essay on A Journey by Train

1. Travel by train is enjoyable.
2. I had such a trip up to Cuttack.
3. I got into the train at Berhampur.
4. I managed to get a seat at the window
5. It was started moving.
6. The houses, trees, fields on either side seemed running to the opposite direction.
7. It halted at different stations.
8. The vendors come into our compartment to sell their things.
9. On the way, I was quite happy to see the beauty of Chilika.
10. It was reached Cuttack at 4 p.m

In the last summer vacation, I went to Puri with my parents. We went to the railway station in a taxi. We bought the tickets and waited on the platform for the train. It arrived in time and left Rourkela at 8.20 p.m.We were lucky to get good seats. On the way the T.TC. Came and checked our tickets. We reached Kharagpur at 3 p.m. and took another train. We had lunch in the compartment at Balasore. The passenger halted at almost all stations. We crossed Mahanadi bridge and reached Cuttack before evening. It was entered Puri at 11.30 p.m.

The other day  I received a letter from my cousin Hari from Ambala, inviting me to spend the Christmas holidays with him. I made up my mind to start by the Morning train on 24th of December. I went to the station with my bedding, an hour before the train was to start. I had already purchased the ticket a day before from the Chandni Chowk booking office a, and so I entered the platform at once. As soon as the train came in, I opened a compartment and sat down a good seat. After about half an hour the guard waved a green flag and whistled loudly. The railway engine also sounded, and the train was started. Soon it was run through the open country. I enjoyed the scenery of forests. Sometimes I saw a peacock dancing. At other times I saw groups of deer running at top speed. The first station where the train stopped was Sonepat. It was an express train and did not stop at small stations. Some passengers got down, and others boarded. Soon it started again. The next stop was Kurukshetra Junction. A ticket checker now entered the compartment in which I was sitting. Two passengers were without tickets. They were made to pay their fare and also a fine before being let off. It was now started from Kurukshetra Junction and soon reached Ambala Cantt. My brother was waiting on the station platform. We took a tonga and soon reached my brother's house.

Related Essays and Paragraphs for Children and School Students.